One of the coolest things to do when traveling is visiting local markets. The great thing about New York is that you have plenty of markets to choose from; from the ones you do your groceries to some hyped up hipster food markets. I’ll talk you through my 5 favorite markets!

Smorgasburg
My favorite of all markets. It has a few different locations, the East River State Park has a beautiful view over Manhattan. This view alone is worth going here!

The market offers plenty of ready-to-eat handmade foods sold by a big variety of food stands. It’s like a mini food festival! A lot of barbecue, a lot of burgers, but also some Asian and Latin American food. A main dish will cost about 7-10 dollars on average, and pastries and drinks can be found around 3 dollars. 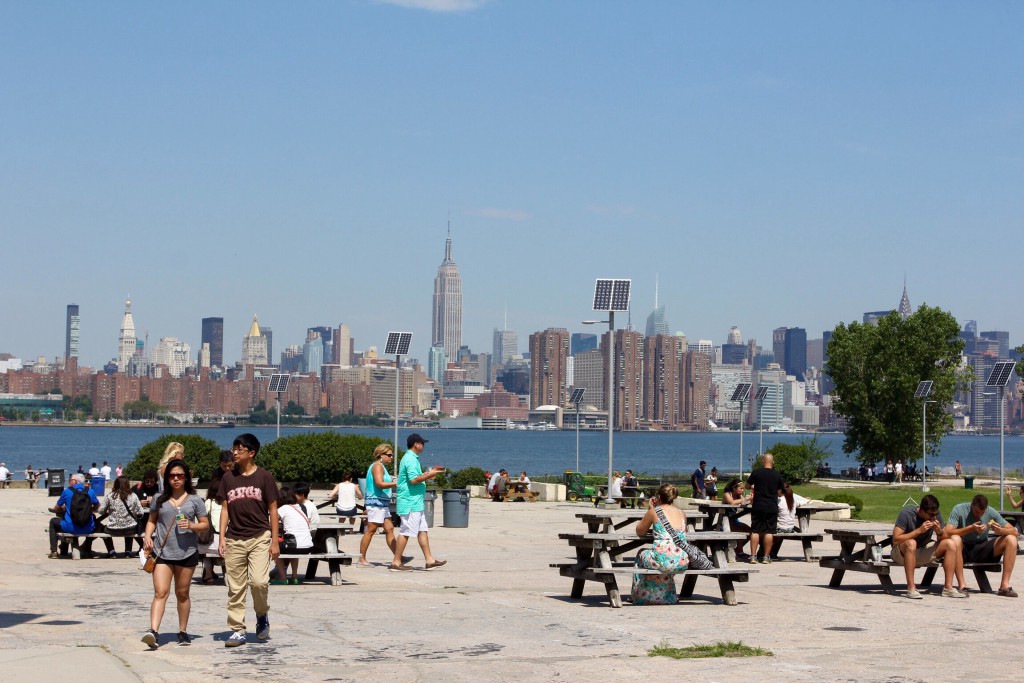 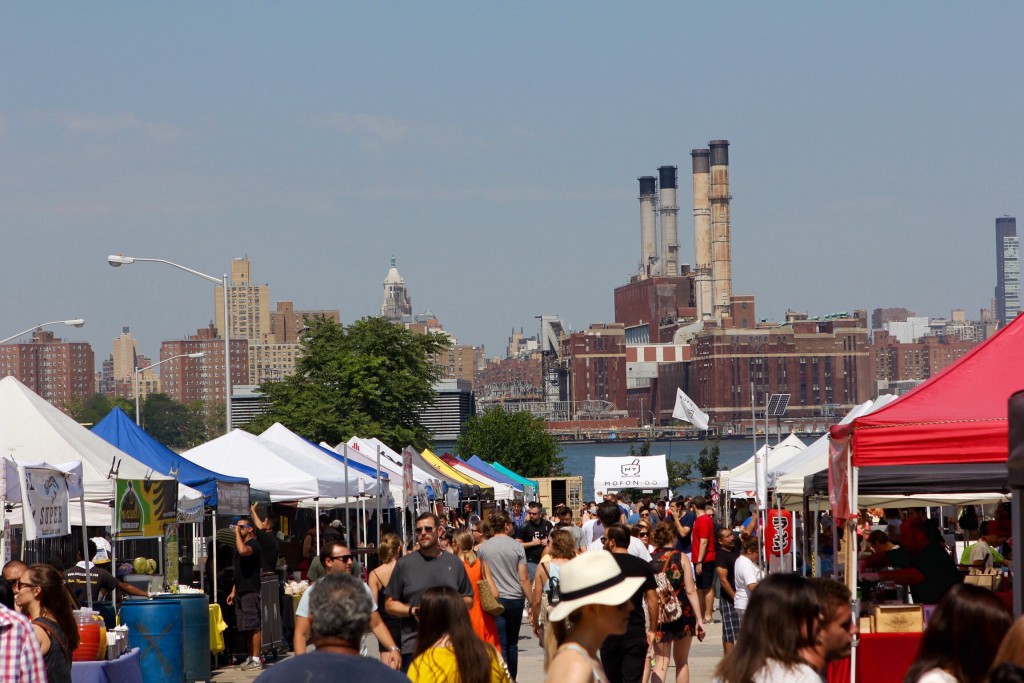 One of the main attractions from the Smorgasburg market is the Ramen burger. In fact, it is one of the most instagrammed dishes of NYC! The line at the stand can be pretty intimidating, but at the rate of the burgers being made it will probably not take you more than 5-10 minutes to get one. At 10 dollars per piece I found them a bit overpriced, but is has to be said that it’s a good burger. The crunchy ramen-bun is a nice replacement of the ordinary white bread. But it’s not so much more than just a good burger, so if you’re not too curious about it, I would advise you to look around and pick another great dish out of the many to be found. 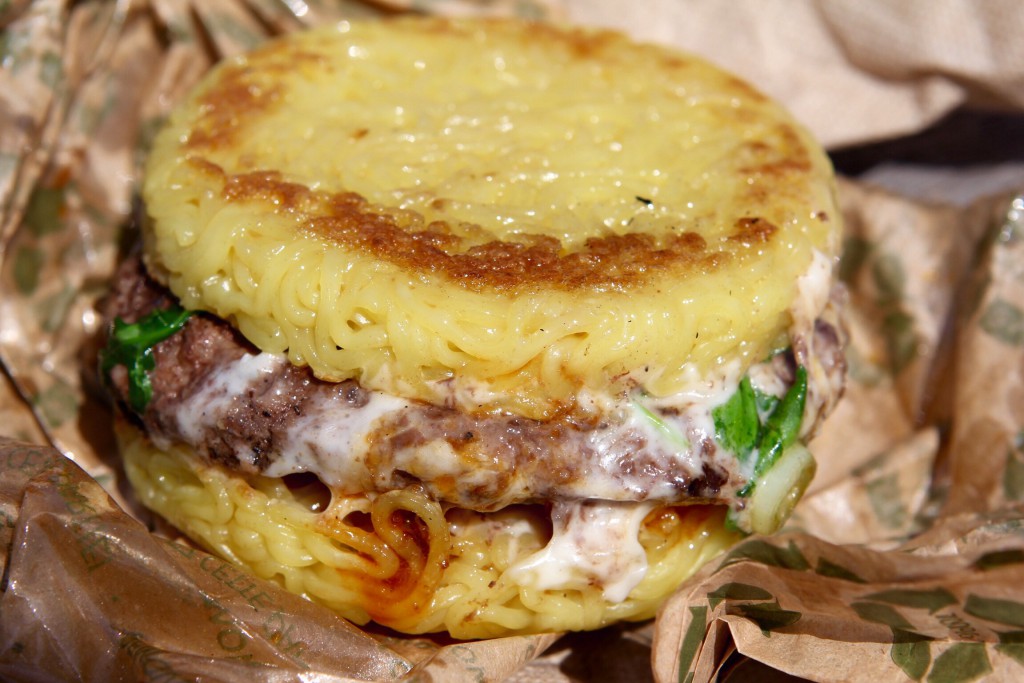 The Indian dish from Paranta Alley, for example, was extraordinary! Very un-American spicy as well. The portions will probably not get you through the day, but it’s a great snack. 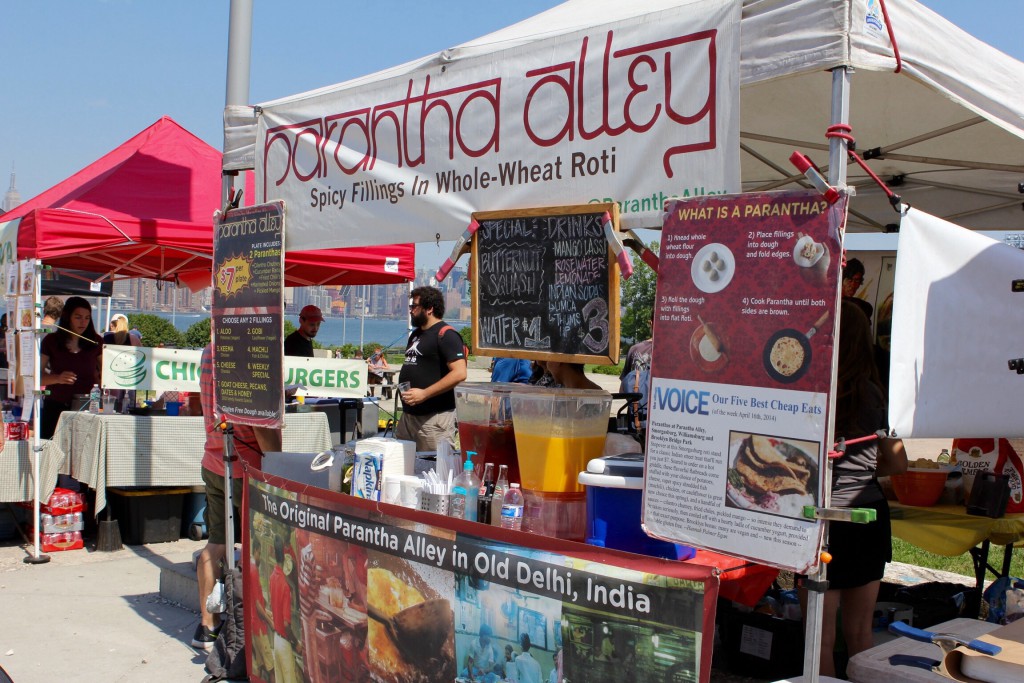 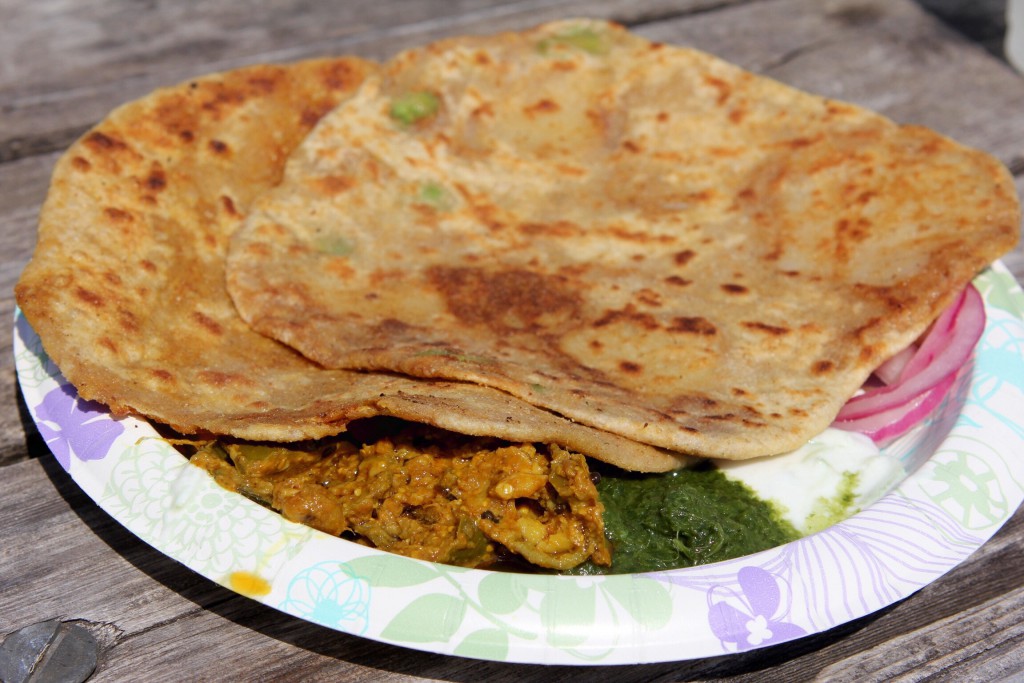 This market has a great festival vibe going on, and there are plenty of picnic tables and spots on the grass in the park to sit and eat your food. If you’re visiting New York and you want to pick one market to see, this one would be my top recommendation!

Chelsea Market
Chelsea market is a big food hall, or as they call themselves “an enclosed urban food court”. This inside market offers over 35 different food stands, from sandwich-stand to a lobster place. If you just want a simple grab, there are some coffee places and bakeries. If you want to slurp ramen at the bar of a Korean place; it got you covered. 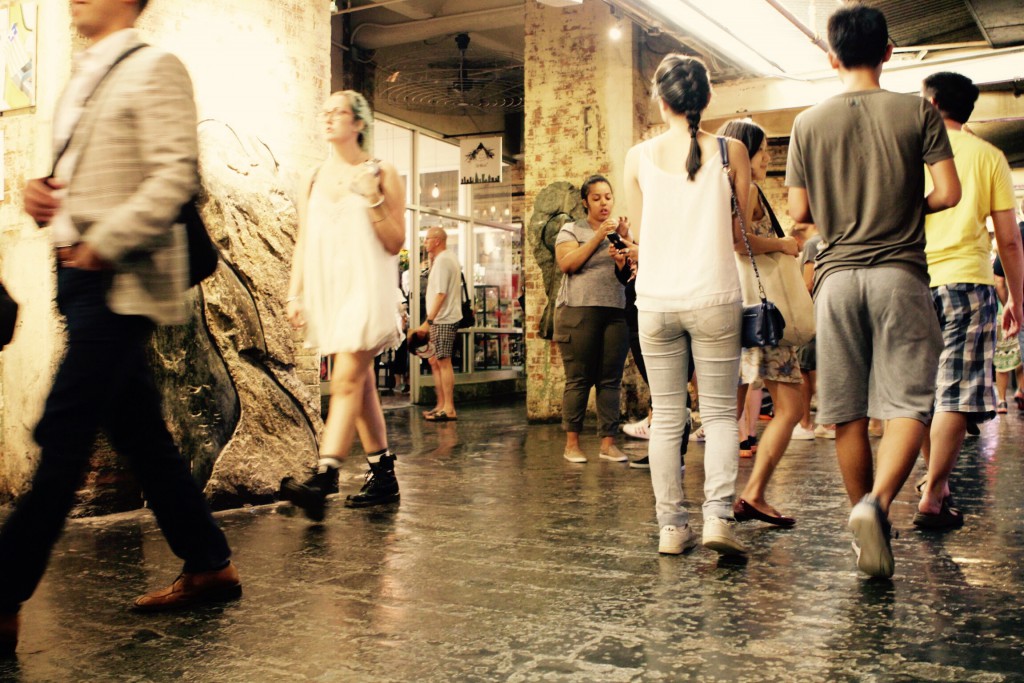 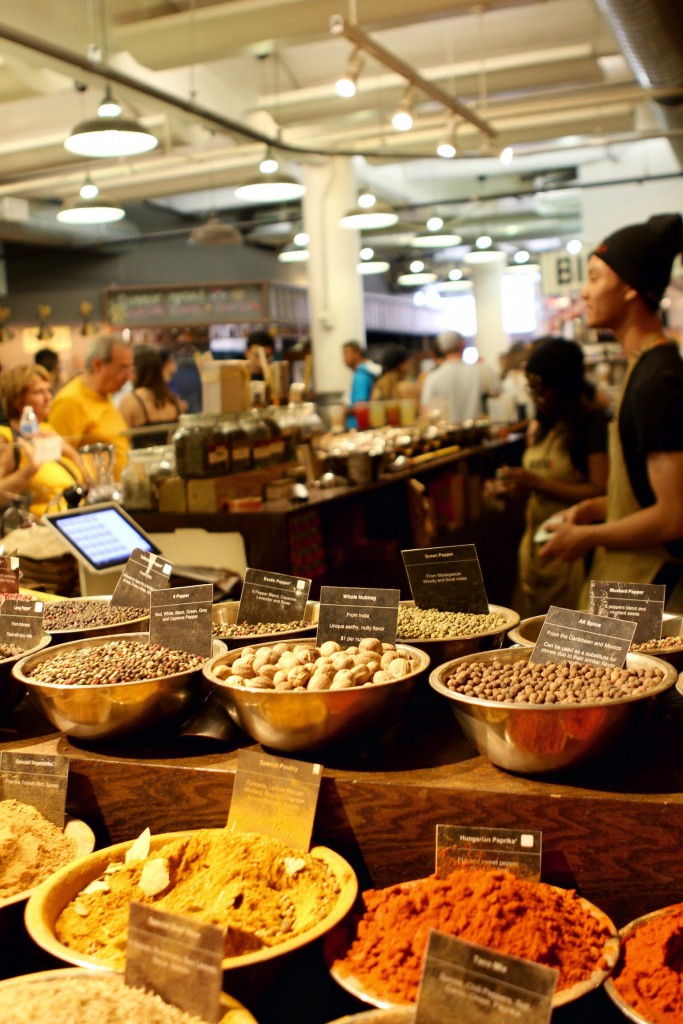 My favorite place in Chelsea Market is Beyond Sushi. This vegan place serves (vegan) sushi, rolls, wraps, salads and soups . Although not super cheap (8,75 for the regular wraps), it’s super tasty and full of freshly cut vegetables. 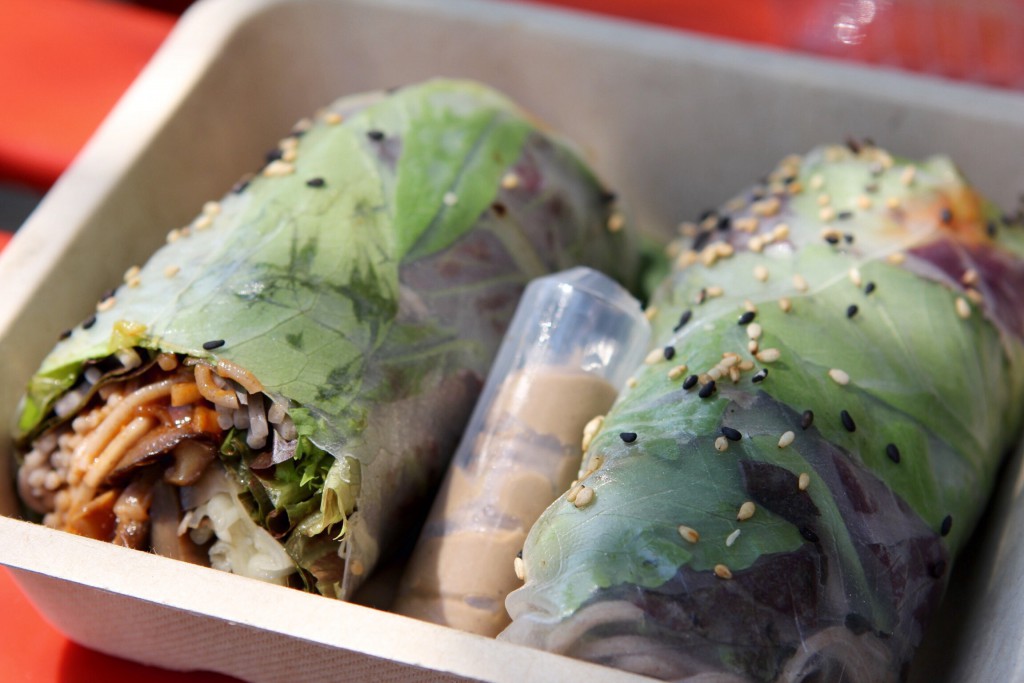 The sandwiches from the Cambodian sandwich place Num Pang are also definitely worth a stop (tip: the avocado smash on a quinoa roll). Sandwiches are around 8-9 dollars. Again, this is not a place where you come for the cheap food. 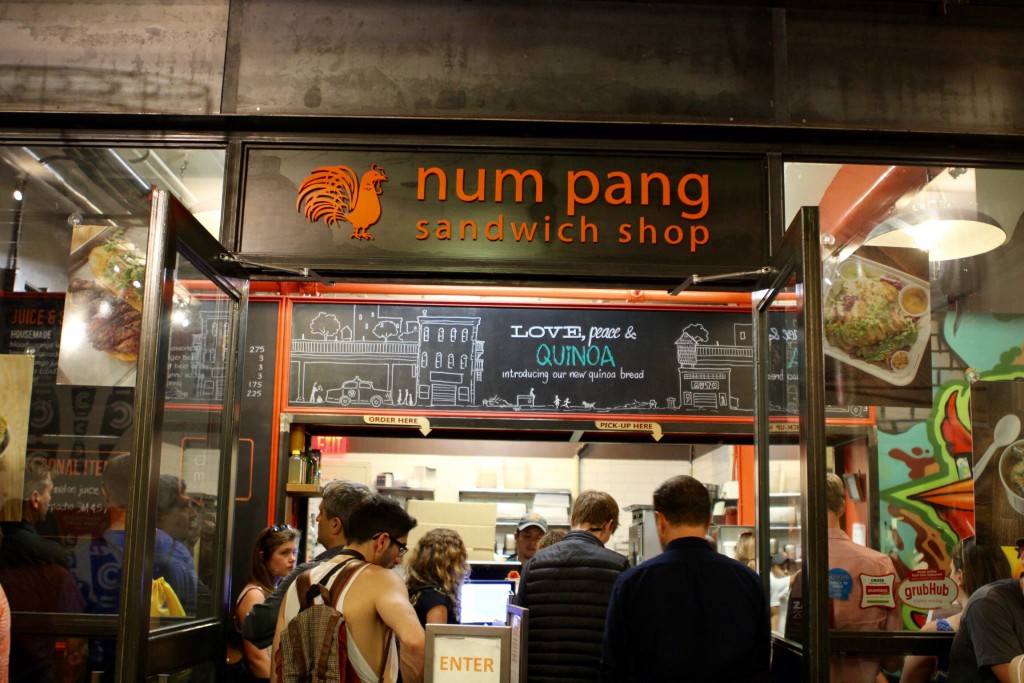 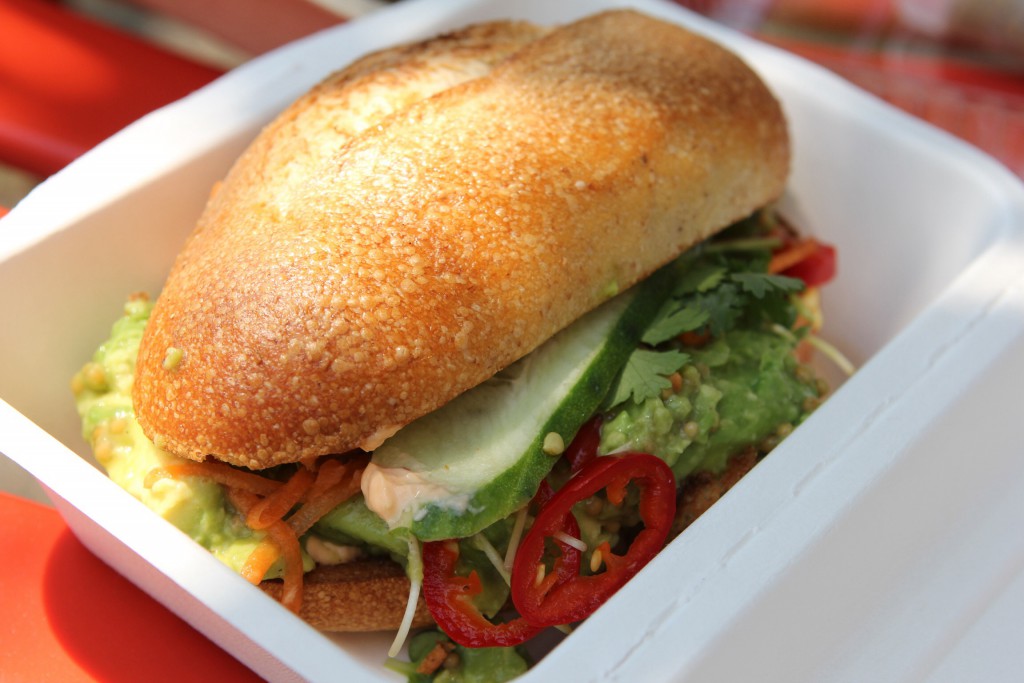 Chelsea market is always very busy, and the places to sit are sparse. It’s a better idea to just get your food and find some place to sit outside.

Chelsea Market is open all year round and can be found at75 Ninth Ave, New York.

Queens Night Market
As you might guess from the name, this market is held in Queens, at night. Every saturday from 6 PM until 12 AM, this is the place to be if you want to taste some very popular street food combined with a great over all ambiance (with a live band!). You’ll moslty find Asian food, but there’s also Brasilian, Mexican, Middle-East and real American food to be found. 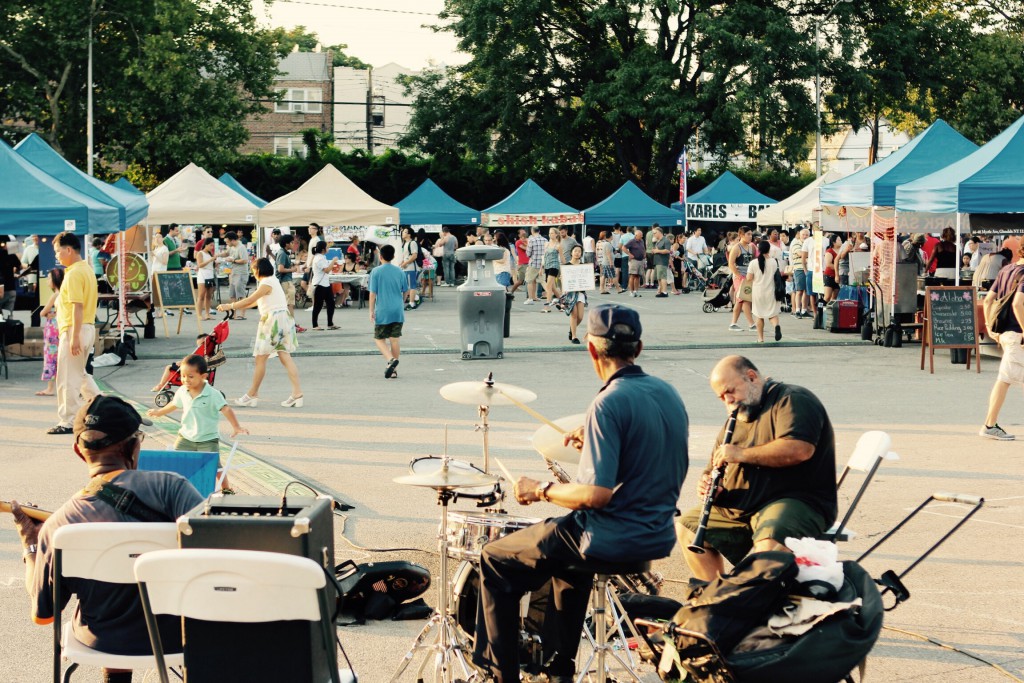 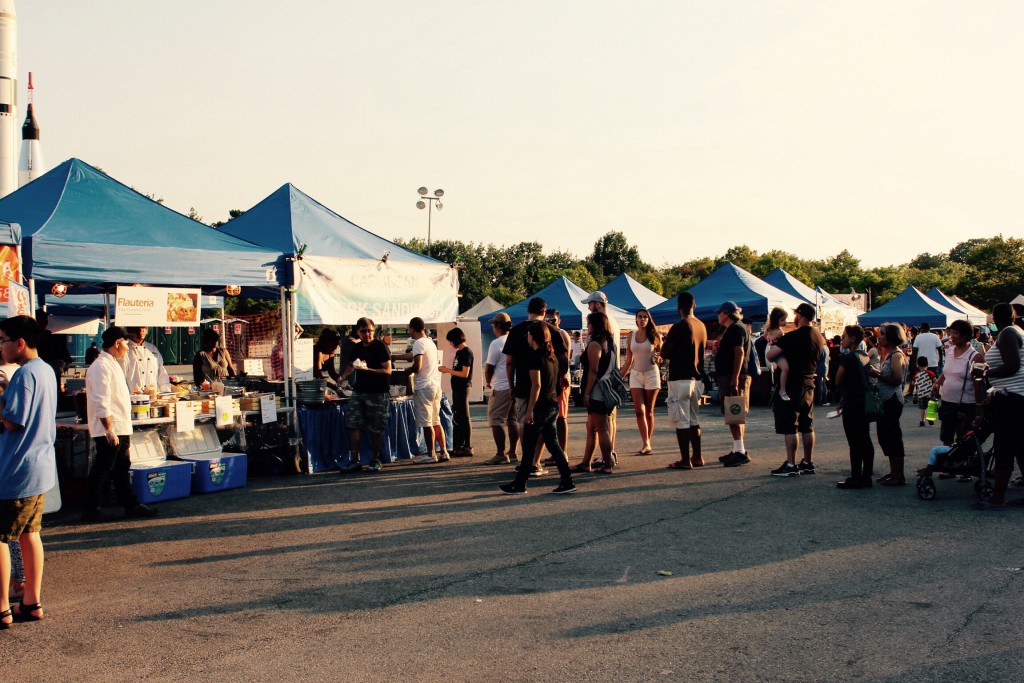 For some reason many vendors on this market offer fried foods. Fried mac&cheese, fried ice-cream, fried cookies.. I could not leave without having tried the fried cheesecake. It was interesting, to say the least, but I wouldn’t recommend it to anyone ;) 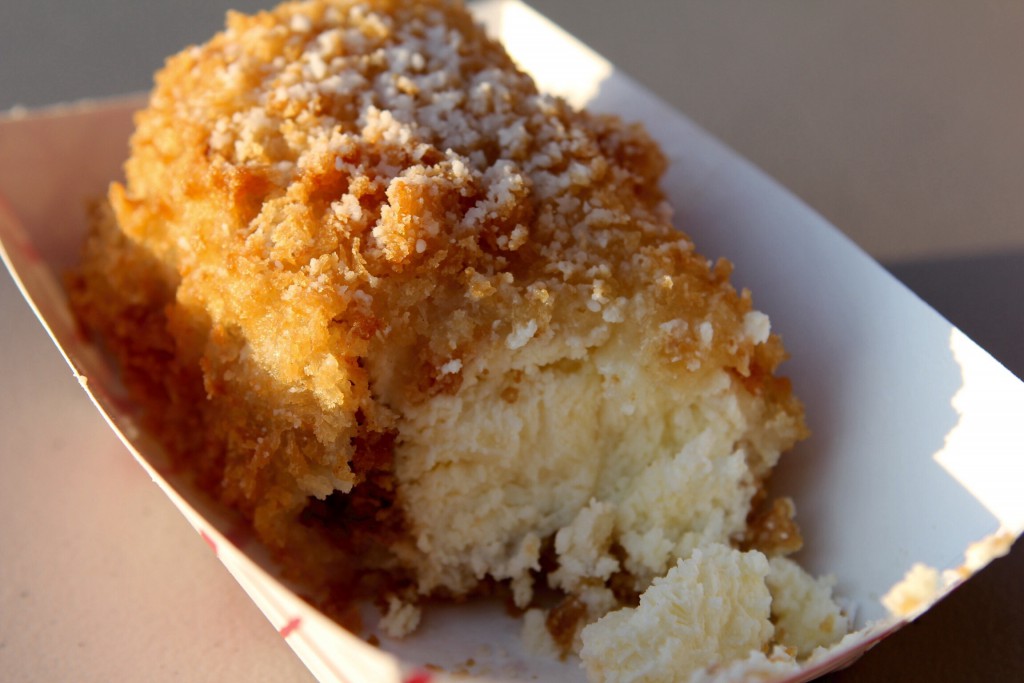 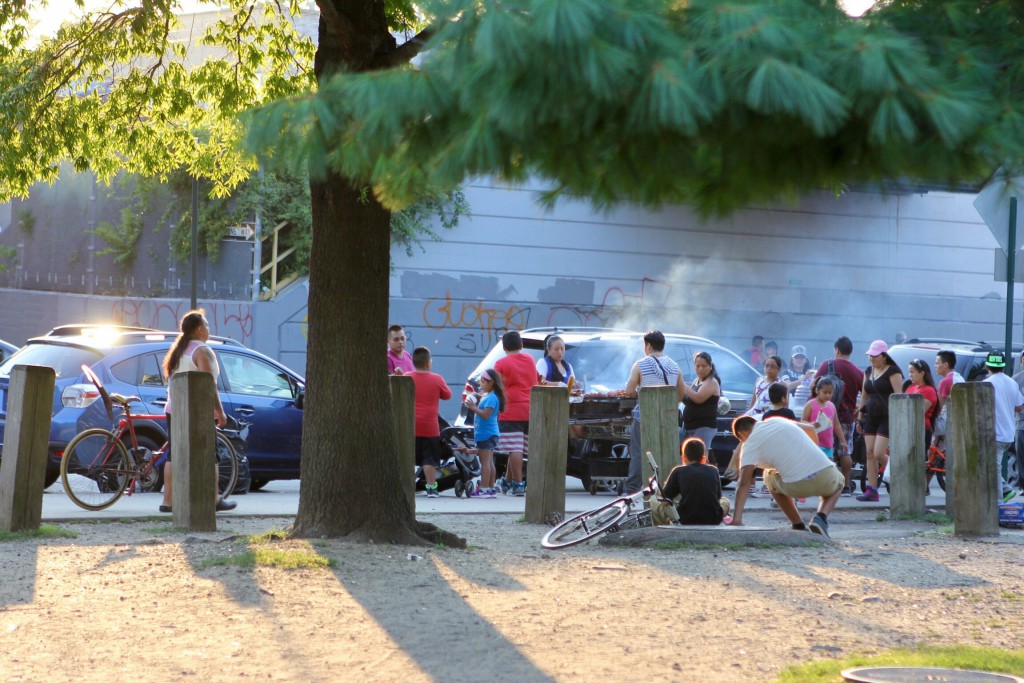 It’s a cool place to try out exotic dishes (ever tried jellyfish?) in small quantities, and there is plenty to look at. Tip if you don’t want to take a risk: go where the big lines are.

Gansevoort Market
This market resembles Chelsea market, but on a much smaller scale. That also means: less people, which is great because you probably will find a place to sit (although lunch time might be busy). I personally prefer this market to Chelsea market, although there’s less of an abondance in food choices. 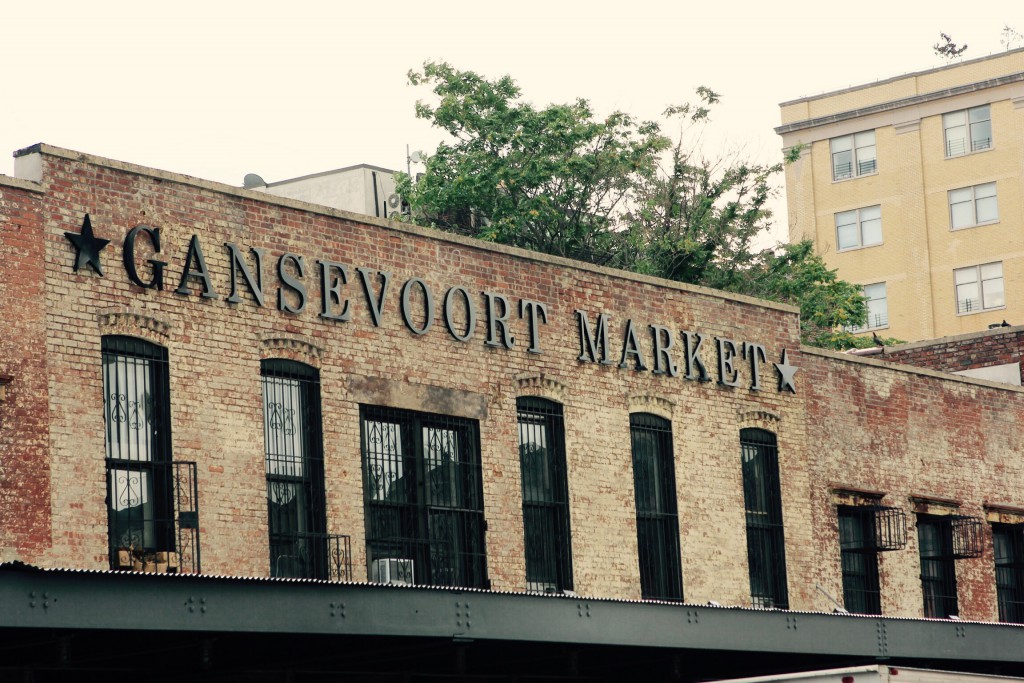 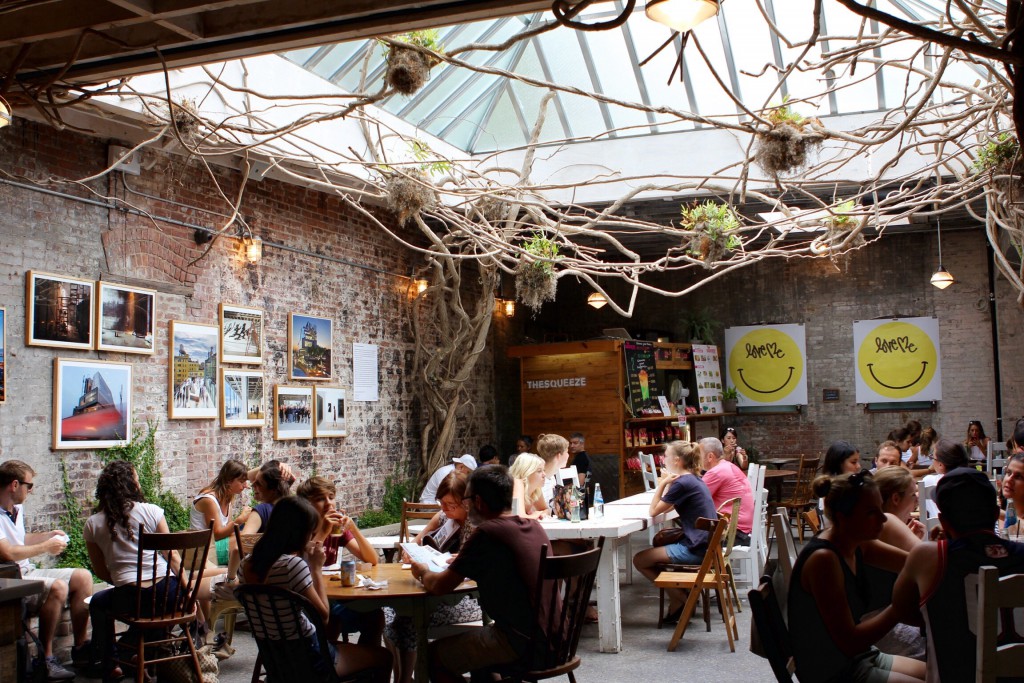 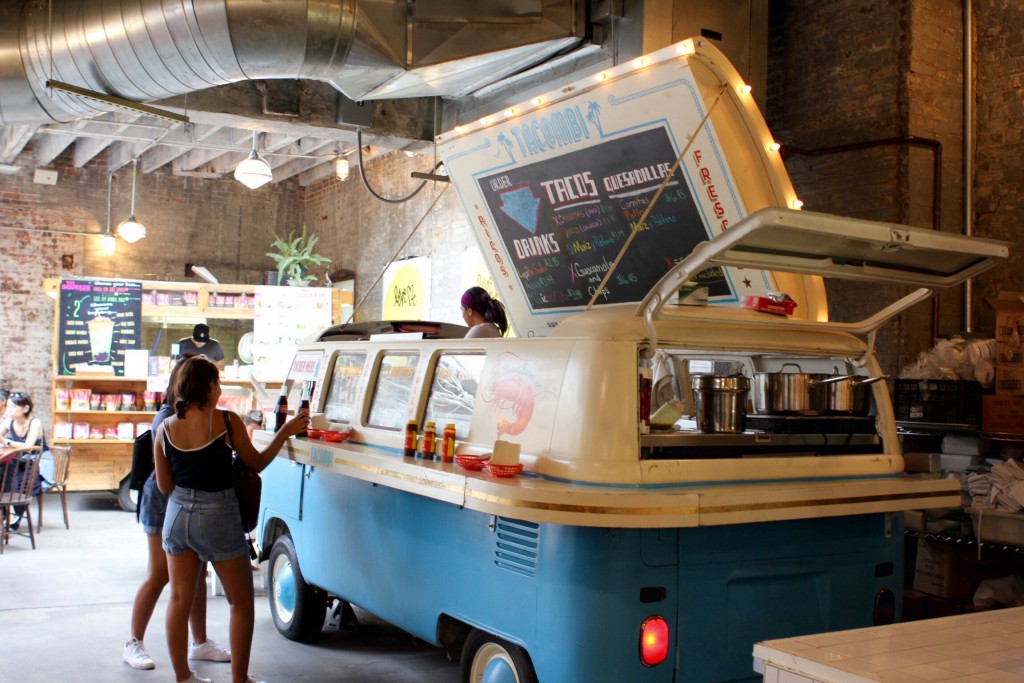 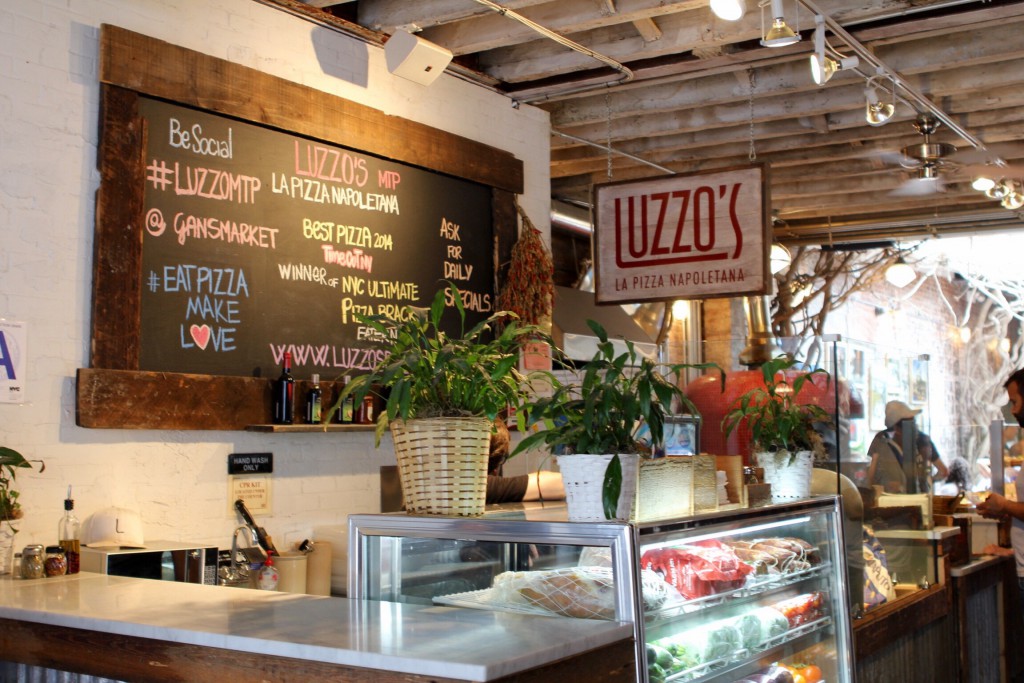 Union Square Greenmarket
This farmers market on Union Square is worth dropping by. A huge selection of fresh, locally grown and (mostly) organic fruits and vegetables, different kinds of artisanal breads, local sourced cheeses… This is where you want to go to do some sustainable groceries! You won’t find as many ‘ready to eat’ foods as in the other markets, although fresh strawberries and blueberries do a pretty good job as a midday snack! 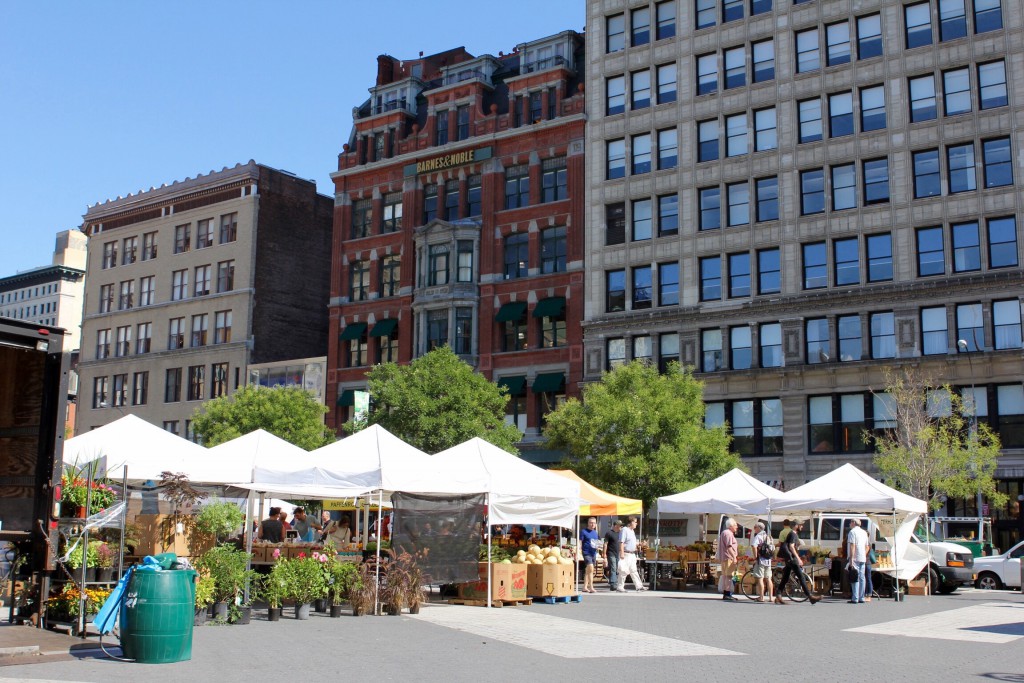 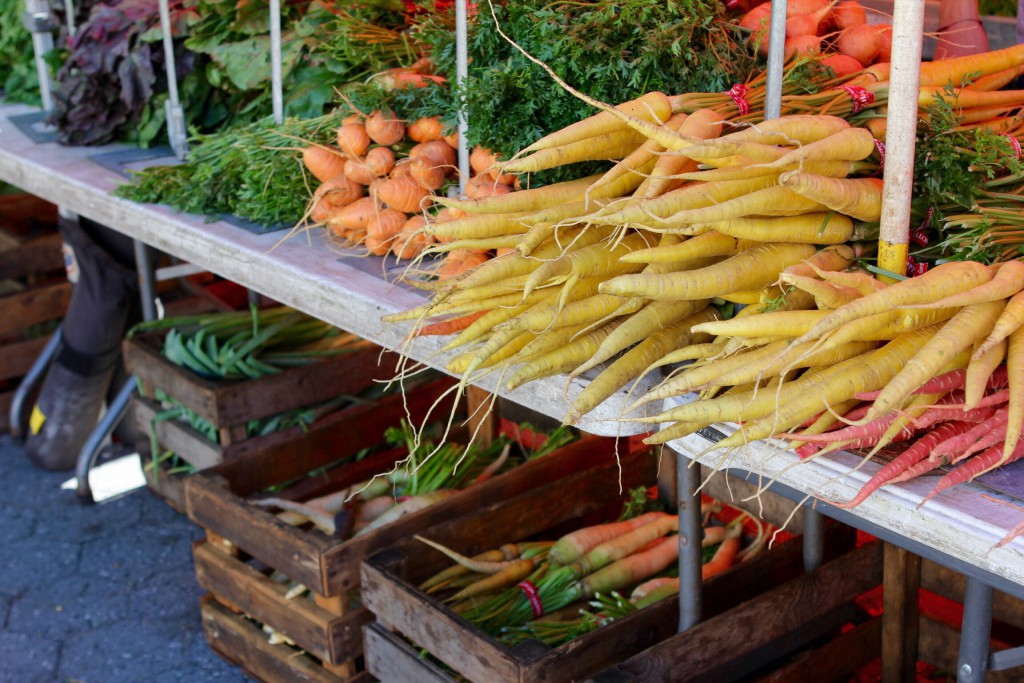 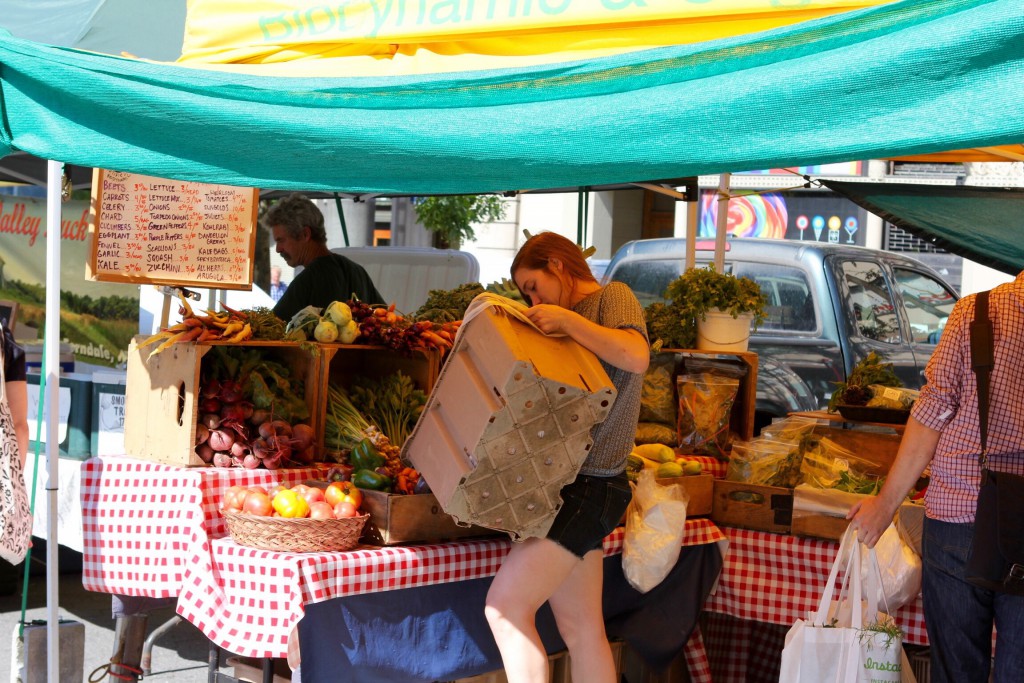 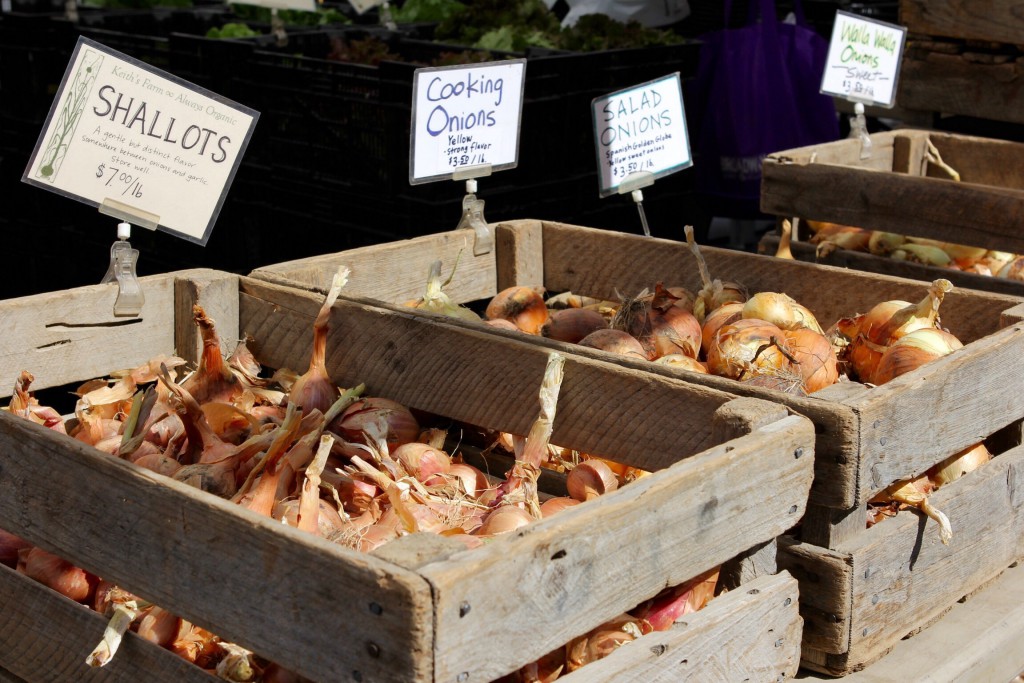 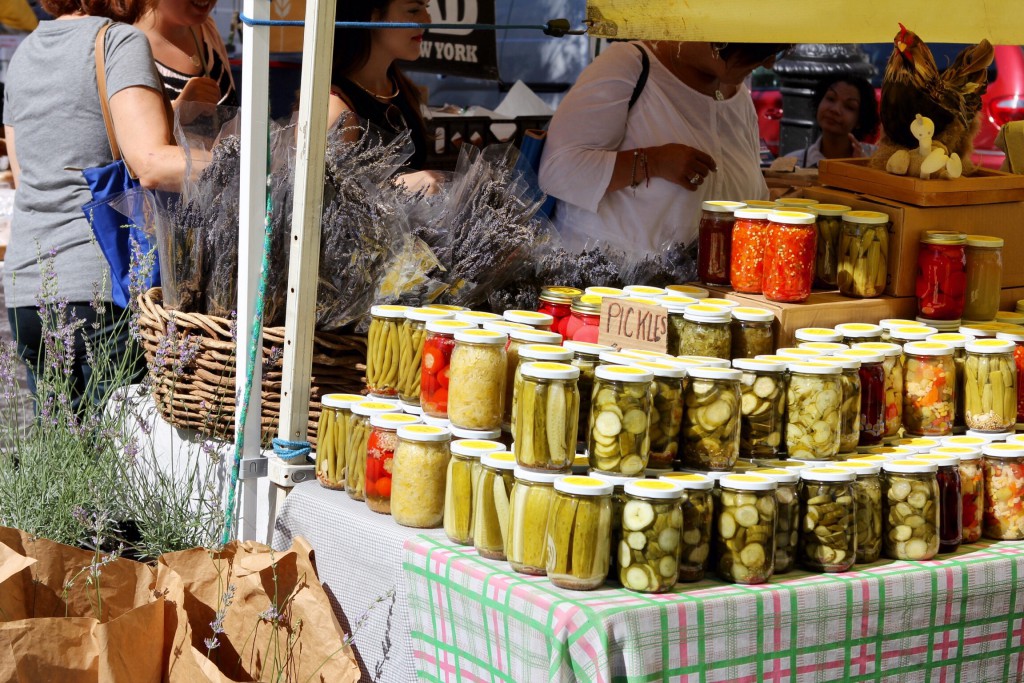 Union Square Greenmarket can be found on the North and West sides of Union Square Park, open Mondays, Wednesdays, Fridays and Saturdays, year round ( 8:00 a.m. – 6:00 p.m.).